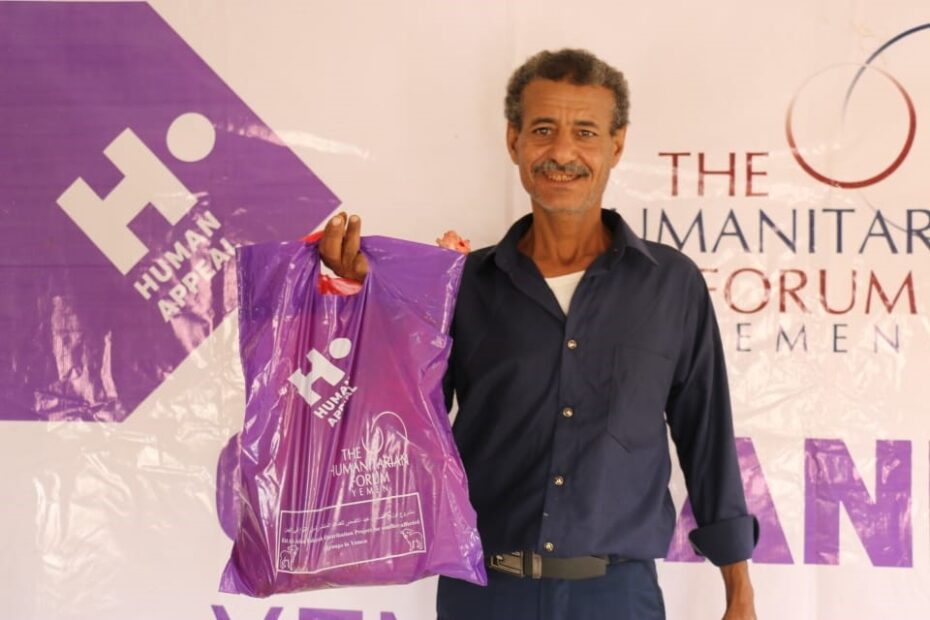 Walid Saif , 47, had to keep his 7 children in his house from the fifth day of the month of Dhul Hijja. As eid approached he insisted they stay home and never go out because his children keep asking him about the eid’s sheep: “our friends got their sheep. When our ram will arrive’?”

Walid, who suffers from mental stress for one and a half years, lives with his 7 children in an unhealthy and inadequately furnished house consisting of two small rooms. Among other things, the house lacks sleeping mattresses for his children. Walid is jobless and has no support and rarely receives relief items or food assistance.

Despite his stressful situation and abject poverty, Walid is a very proud and respectful person and never asked anybody or authority for help. The Forum team approached Walid and registered him in the udhiyah distribution project financed by Human Appeal. He was given a voucher to receive meat on the first day of the eid. When he arrived home, the entire family helped in preparing the Eid Al-Adha feast. They gathered around the table and celebrated eid Al-Adha.

Walid’s heart swelled with happiness as he was receiving the meat package. It was a heavy burden lifted off his shoulder, he said with a smile of gratitude. He also expressed his sincere thankfulness to Human Appeal for their incessant support.