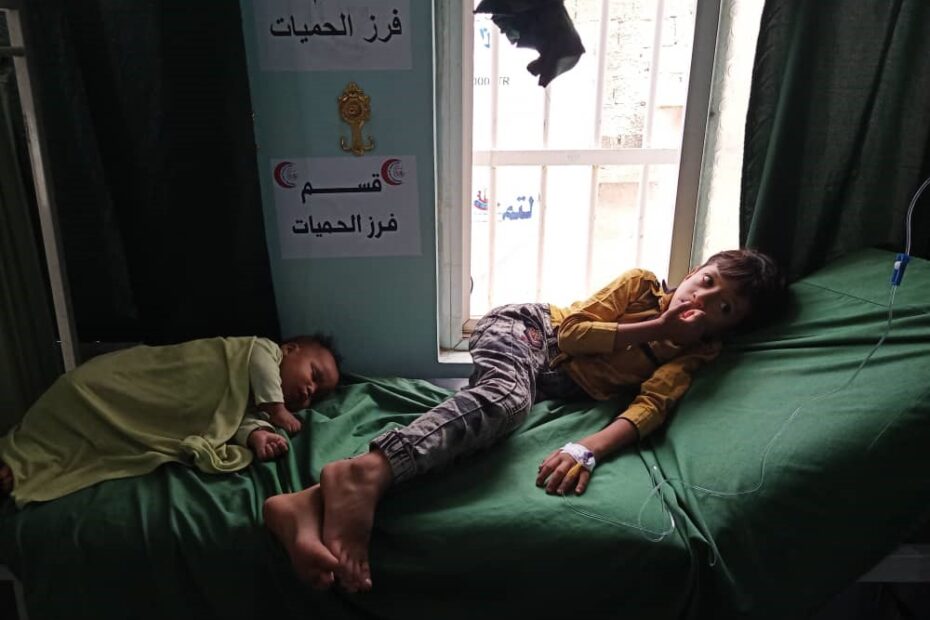 People in Taiz governorate live in a grinding poverty and acute shortage of health services which greatly contributed to the spread of diseases, deterioration of health conditions and the soaring death among civilians. On the other hand, health centers capable of providing free medicines have helped in mitigating the suffering of the local populations and curbing the spread of epidemics and endemic diseases.
Ahmed Saeed, native to Taiz city, has a 12 years old son, Walid, who suffered from dengue fever which almost killed him. The overburdened father has very limited access to the basic necessities of life. He could not afford to buy medicines prescribed by the doctor for his son. But much to his relief, Ahmed received medications for his son for free. If it were not for the distribution of free medicines (at the 14 October health center as well as the other health centers), Ahmed would have possibly lost his son.
Ahmed sincerely thanked the health center staff and supporters for their effective role in improving the health centers by providing free medicines which helped in saving the souls of many poor people and brought the smile back to their faces.
He extended his heartfelt thanks to Human Appeal for its valuable charitable efforts to the citizens of Taiz city which, he said, shows devotion in assisting those in need.