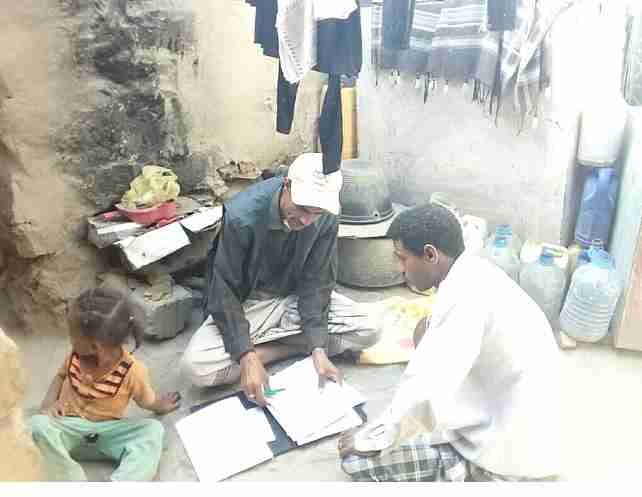 It was a very dark day in my life when my brother and me got the news that our car in which my parents and sisters were travelling to Ibb, had met with an accident, no one had survived. I felt that this was the end and nothing worse could happen to anyone. Then one day, a bullet hit me in my back paralysing me for my life.
We lived in the Ra’ada city of Al-Bayda governorate. A house of our own, a good income from a qat farm, a car, we had everything we wanted. My brother and me went to school and worked with our father on the qat farm after school.
The war between the military and Al Qaida (AQAP) started in Raada and the entire city turned into a battlefield. My family decided to move to Ibb temporarily until things became safer in Raada. We decided to move in two phases: my parents and sisters would move first with my brother and me following after a couple of days. But destiny had planned otherwise. The car carrying my parents and sisters met with an accident and there were no survivors.
My father had always wanted my brother and me to complete the school year. So my bother and me decided to stay in Raada until the end of the semester. I had lost all hope and was not interested in moving to Ibb anymore. I did not care what would happen to me. One day when I was walking back from school, a bullet hit me in the back. I was immediately hospitalized and underwent multiple surgeries, with no success. The doctors told me that I might lose sensation in the lower half of my body. I spent everything that my parents had left behind on trying to get a proper treatment.

When the treatment in Yemen did not help, I sold all our remaining assets and travelled to India for medical treatment. However, that too was in vain. I am now back in Yemen, paralyzed and unable to walk. Having no family of my own to take care of me, my only option was to move to Ibb to live with my grandmother and aunt.

They are very poor and live in a bare humble house. They do not have enough food even for themselves. I am now completely dependent on them, a complete burden, adding to their misery.