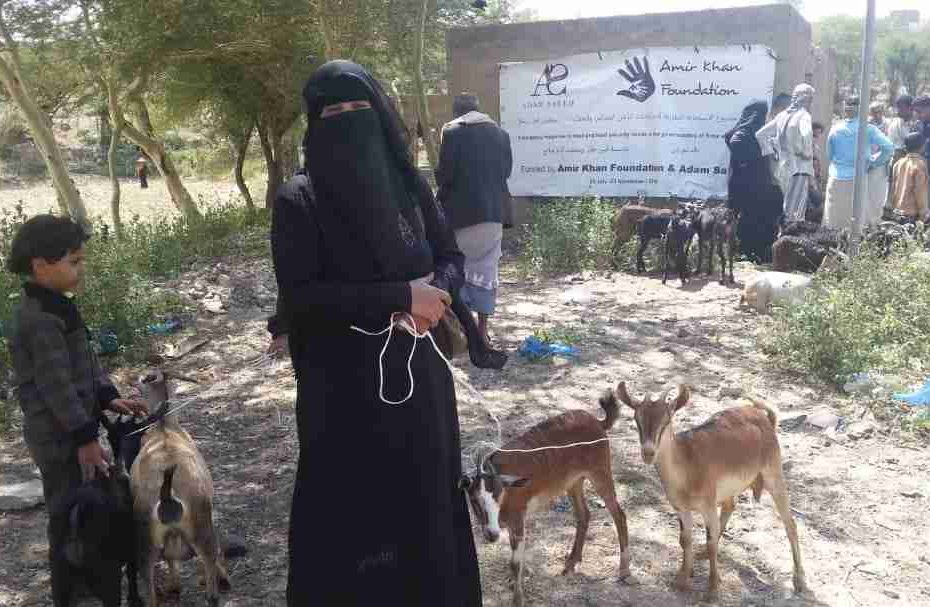 Maryam is the mother of five daughters and a son.
Two years ago her husband died in a traffic accident after suffering from mental illnesses, leaving her with a heavy burden. Raising children and providing their needs without any source of income, she works in agriculture, animal dreading.
At the beginning of the events, the works was stopped. Due to war she lost her son in law who were working in the building, who had 2 sons.
In the same week, she is still shocked by the news of the death of her daughter’s husband, the second news reaches her with the death of her only son who fights with the other party
– Mary cried a lot while she was telling us her story,
and rattle her voice and tears poured over her cheeks,
and could not continue to tell her story
She carries the burden of the children of her son and her daughter” poor orphaned kids” she added.
That was not the only tragedy i suffer, in addition to that one of her young daughters suffers from congenital heart deformation (hole in the heart) and she lives on continuous treatments and needs an expensive operation. Mary sold everything She owned and did not leave a door to do the good.
That was not everything!
Sorrows continue. A dispute between her other daughter and her husband led to the divorce, so she returned to live with her mother, who was subjected to psychological pressure until she was afflicted with mental illnesses.
The suffering and sorrows of this woman, who has exceeded fifty years of age, continues in a series throughout her life!