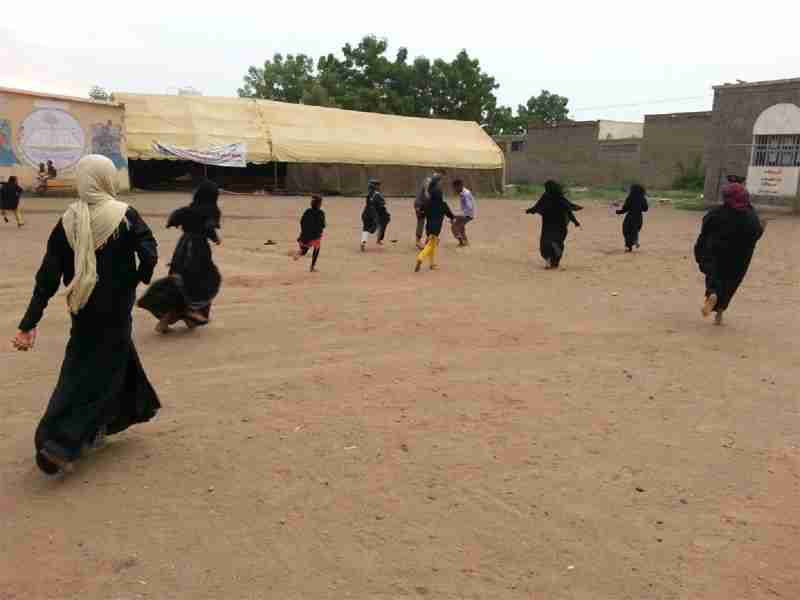 Raima is an eleven year old girl and her brother Radwan is a nine year old. The children remember the day of 17 July 2015 very well. That was the day the war started in their neighbourhood. The children were in their house in Wadi Al Qadi in Taiz, when they heard the sounds of bullets. As the sounds became deafening, the windows of their house broke and bullets started entering, without any prior warning. Raima and Radwan’s family fled from their house carrying just a few light things and moved to Sana’a.
In Sanaa, they tried to rent a house. But the rents were very high. However they rented a house for 30,000 Yemeni Riyals per month and lived there for two months. But their nightmare was not over. The area where the family was living was having airstrikes and they were left with no choice but to move to a safe place. This time the family moved to Aden and rented a house for 20000 Yemeni Riyals. Life in Aden was difficult. Cost of living was very high and it was very hot. But the family was forced to stay there for one year and Raima and Radwan even went to school.
The children would feel that their parents were no longer the same. They looked worried but continued to endure hardships and stand for the children. At the end of one academic year, the family once again moved. This time to Ibb.
There were a lot of IDPs in Ibb and it was very difficult for them to find a house. Destiny forced the family to go to the rural area and find a house in Mashwara Ibb. There they heard about the Safe Places. The children were very happy to go to the Safe Places where they met other children and made new friends.