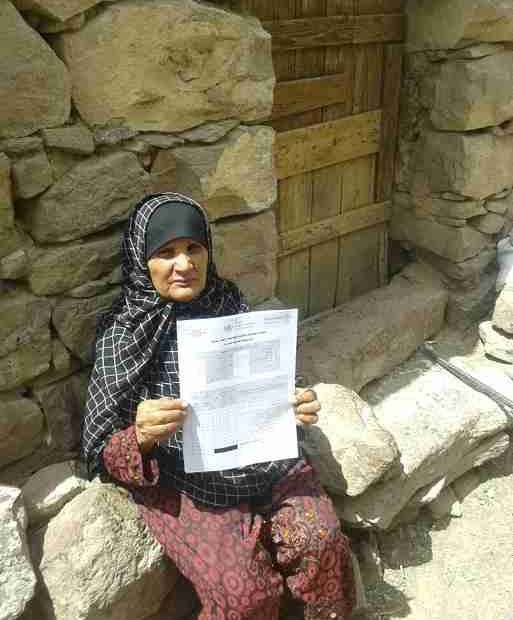 We used to live a good life. My husband working. The income was not big but we never had to ask anyone for anything. All the family members were well and healthy and we had a house of our own. The house was not really big but it was the home that kept the family together. We were content with our humble life.
We were displaced under very difficult conditions. Military operations started expending rapidly to our area. Fearing for our lives we and many other families from our area left everything and fled. There was no time to prepare ourselves or to organize. We just fled. We did not no where we were going. We came to an area which was relatively far away from the clashes and stopped there for a while. Then we decided to go to Al Qaida city in Ibb where my parents lived. My father was not a wealthy man. He was barely able to provide for my mother and 3 younger siblings. But he was our only resort. Me, my husband and our four children had lived with my parents only for a few months, sharing whatever was available, when the sky fell over me. My husband suddenly died of a heart attack leaving me alone to raise the four children.

Even under normal conditions, for an uneducated housewife like me, suddenly becoming widowed and having four children to raise is the worst thing that can happen. I was displaced and things were even worse for me. I did not know how to provide for my children. It was like someone had passed a death sentence for me and my children. My father had already done whatever he could for us. I grieved for my husband for couple of months with my father’s shoulder supporting me all the while. His encouragement was the only thing that helped me sustain through the difficult times and he was the one who always helped me see the light at the end of the dark tunnel. A few months passed. I started recovering from the shock that had changed my life forever. However, destiny hit me once again. My father, my only support suddenly passed away leaving me, my four children, my mother and my three siblings without anyone. We did not have anyone to provide for us or to hold our hands through the unbearable times. Yes, we still have a roof over our heads, but the house was rented. How would I be able to pay the rent? Who will put food on the table? Who will help us to see the light and help us endure the dark present?