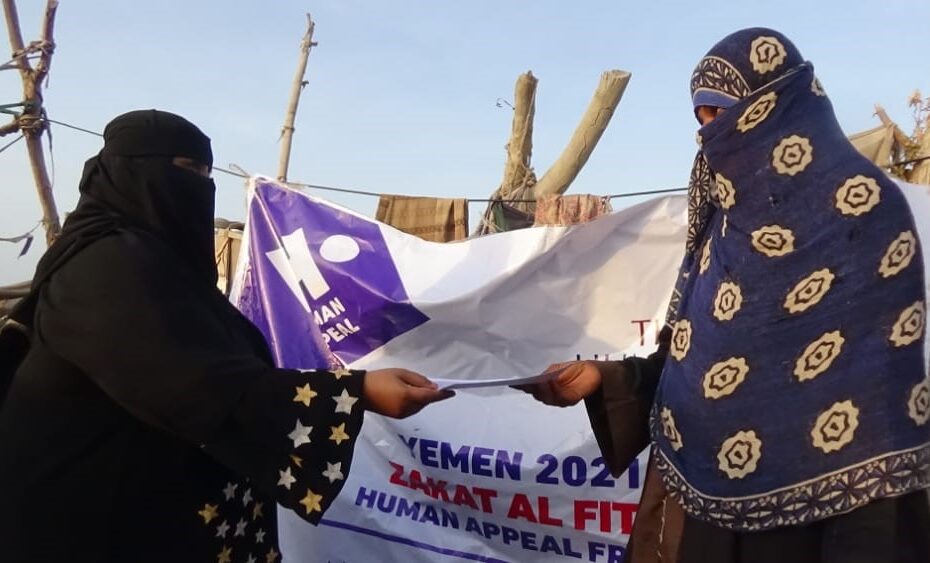 This is a story of a woman facing a bitter reality, a cruel world and great injustice.
A struggling and exemplary mother, Raqiya was raised up in a very poor household in one of Maqbana villages. Since she was a child she dreamt of going to school and learning new things but the living conditions of her family could not enable her to go to school. She was married to Mohammed who is a worker on a daily wage. By time, Raqiya’s ambitions and dreams just faded away.
The couples are first-hand witnesses of the horrors and atrocity of war. They left everything behind them and are displaced to Abyan governorate. Being penniless and homeless, the family with four little children lived in a makeshift hut made of sticks and clothes.
Mohammed found a menial job as a porter with a daily wage of 500 rials which hardly suffices the family daily needs. Nevertheless, Mohammed was happy he got a job.
One day while at work during the blessed month of Ramadan Mohammed got a crippling injury and was unable to move. His wife was overwhelmed with sadness because of her husband’s health condition. The family were further plunged into poverty as there is no other source of income than the job of her husband.
When registering them for the cash distribution project we had a look at their uninhabitable and unhealthy makeshift hut, which is no more than a bunch of wooden poles and rags. It lacks mattresses and blankets and many other necessary appliances and utensils. It was heart wrenching to see how the parents and the children endured such difficult living conditions.
When we handed Raqiya the voucher which enabled her to receive cash money she couldn’t help but cry her heart out. To her, that sum of money saved their lives. She gratefully expressed her thankfulness to the Humanitarian Forum and the sponsoring organization, Human Appeal, as well as all who took part in this act of benevolence.