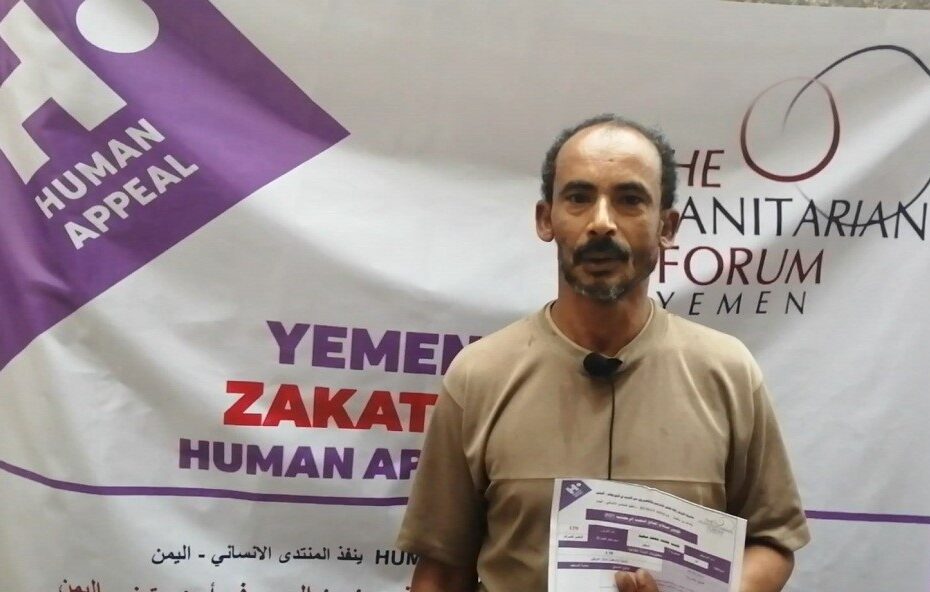 Najeeb suffered the woes of war and tried to adapt to the changes of the situation and circumstances and show resilience.
He was displaced with his family from Maqbana district, Al-Akhloud area because of the intensity of clashes and also because of problems with his relatives. He has 3 sons and one daughter, none of them go to school.
He has no savings, nor a consistent job. If he found a job one day he is jobless the other day. Paying rent and providing for his family was his major concern. Najeeb is often in dispute with his landlord because of his delay in paying rent. Najeeb was evicted from his rented house many times but good benevolent people paid the rent for him so he still has a home. His family collects water from a nearby mosque, and one of his neighbors provided him with electricity to illuminate one of the rooms in the house. He can’t afford to buy any clothes for himself or the rest of the family unless it is an Eid occasion and with the help of philanthropists. His 8-year-old son is mentally disabled and his wife suffers from breast cancer. He was overburdened and unable to take his children, wife and himself to the hospital because he couldn’t provide medicines for them.
The Humanitarian Forum team reached Najeeb and gave him $98. At last Najeeb was able to take his family to the hospital but he was not spared the reprimand of the doctor for not being in the hospital a long time ago. He bought medicines and did some shopping to buy food and legumes.
Najeeb bought one kilo of meat (the family haven’t eaten meat since a long time) and held a small feast for his family and invited one of his neighbors over. He profoundly thanked the Humanitarian Forum and Human Appeal for their support with the cash money which improved his family life. He also thanked all those who supported them.