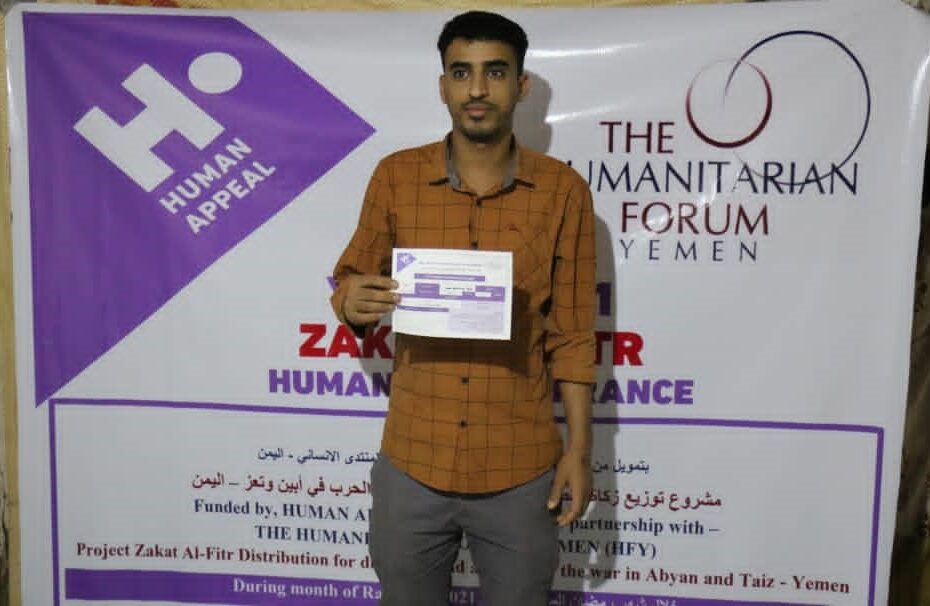 Hafed is a governmental employee. He works in a small coffee shop and receives a daily wage of 2000 rials (equivalent to about 2 dollars). He has two children and lives in a one-room tenement house. He pays a monthly rent of 21000 rials, meaning 700 rials a day. He and his family live at a subsistence level.
His daughter suffers from brain atrophy and his son was diagnosed with septal defect (a hole in the heart). The cost of medication for his son is 40000 rials per month whereas his daughter’s medications cost him 10800 rials. The measly amount of money he earns does not help in providing enough food for the family, let alone providing medications for his children. Hafed began entering a phase of psychological disturbance and imbalance.
When he was registered by the Humanitarian Forum team in the cash distribution project (supported by Human Appeal) and handed out $98, Hafed could not believe it because, as he said, many times he was included in various surveys but proved to be mere fake and lies.
That day he came back home with medicines for his children, which will suffice them for two months, and a plenty of foodstuff and other materials for the household. Hafed, who was extremely happy, thanked the organization for including him in this cash distribution activity and wished he will be included in any upcoming activities.