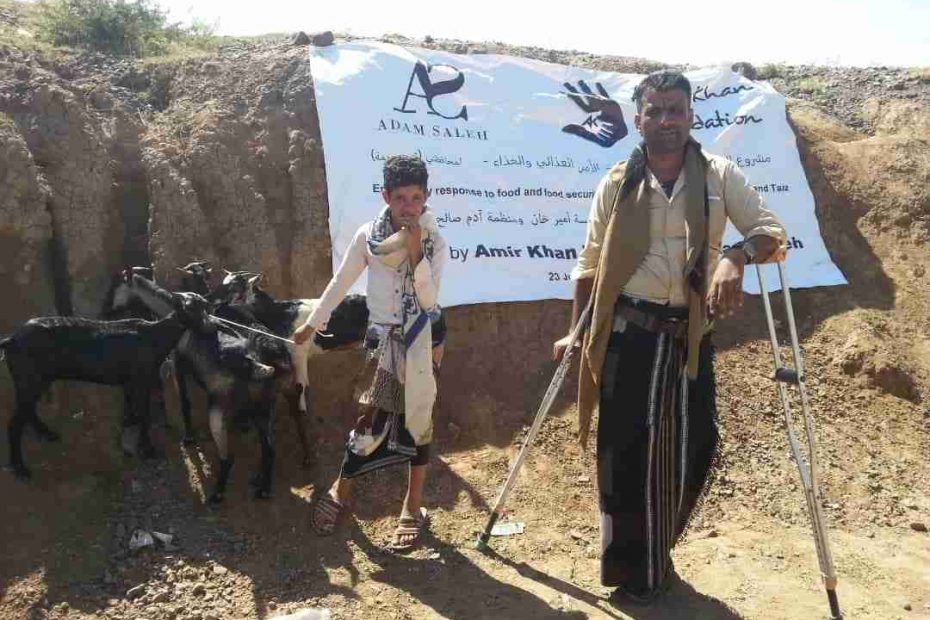 Abdo Mansour started his story with these sad words ground booby took my feed. young man, thirty, father of four kids.
His sighing brought out great sadness as he looked at his lost foot … and with a sad smile describing his life before the war … We were with my children and my wife living a simple life I have a mattress to sell clothes We live in an old house I inherited it after my father, we were struggling to provide a livelihood. The conflict started on our neighborhood and many neighbors were displaced. Whenever we wanted to migrate to survive, poverty stopped us.
Where do we go and how will we live…! We tried to stay at home in the hope that the war would end quickly, and every day the shelling intensified and the victims fell around us. In the last four days, the war intensified and we were unable to leave the door of the house. I see fear in the eyes of my children trying to assure them and they gathered around me all the time from the terror of the shells and the sounds of the shelling. They starved of hunger and thirst … almost suffocated from the oppression of my children and my wife.
We decided to move out as soon as the clashes calmed. And on the last day while we were gathered in the hall – the safest place in the house – we heard the sounds of bombing we never used to. Our house filled off with dust and smoke, there was heavy shelling. we felt suffocated, we decided to escape, and at that time the clashes stopped. We just fled ourselves, we could not take any of our things or even clothes. We managed to get out under the shoot miraculously, we do not know where we will go, walked on foot towards Alhawban city. it was the darkest night for us. One of the citizens greeted us at his home and gave us food after he heard our story, and we were starving. We stayed until the morning and in the morning we moved towards the Mawya district, and one of the schools which received displaced was good for us and the people helped us with some purposes and we lived on aid.one of my neighbors called me to say it’s safe to go back homes to get some of our clothes it was a happy news for me and my family. i prepared myself for that travel. I went to my house through a mountain road to the city and then to our neighborhood until I reached the door of my house and the joy overwhelms me, as soon as I put my legs next to the door. I heard a very strong sound. it was a booby planted on my house door. I only knew that at the second day while I was in the hospital